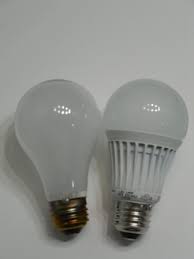 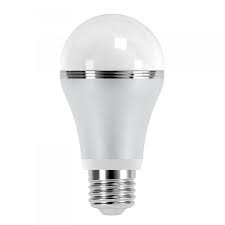 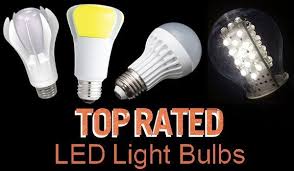 LED lights have been the most promising advancement since the light bulb itself was introduced 130 years ago. However, the invention of LED hasn’t been a sudden “eureka”. Years of research and brainstorming has however led to a revolution that will change the world henceforth. Let’s take a look about how it happened and how LED replaced the Fluorescent lighting that was so popular even a couple of years ago.

LEDs were first invented 30 years ago but back then the scientists didn’t expect that the new element will serve as commercial lighting throughout the globe one day. In 2014, the trio Isamu Akasaki, Shuji Nakamura and Hiroshi Amano were given the Nobel Prize for Physics for their invention of LED – a safer, brighter, and environment friendly alternative to lighting. LEDs of today use much less energy than their predecessor fluorescent bulbs. It is proved that LED can in fact save 90% of the energy consumption in any household when it comes to lighting. Further, LED light bulbs don’t heat up and last more than a lifetime of usage. Compared to the 10,000 hours that a high quality fluorescent bulb can provide, an average LED bulb is capable of 100,000 hours – 10 times more durability. In fact LED’s that are fitted in many cars today often outlive the vehicle itself. Though a bit more expensive, it is probably the only time you will have to change a light bulb in your lifetime!

The lighting revolution brought in by LED is consequently showing the doors to the incandescent and fluorescent bulbs. Customers have no reason to say no to better efficiency, less energy use and lower environmental impacts. Lighting companies across the globe are fast adopting the new standards, and the traditional 100 watt bulb will phase out and be replaced by energy efficient solutions. Estimates say that if LEDs are adapted in US to full effect, the country will cut its electricity cost by almost $12.5 billion and further cut short the pollution that is added by the 30 large power plants that produce the excess demand today.

LEDs are the perfect type of solution if we want to persuade the world away from the depleting fossil fuels. Well, it’s true that LEDs will cost marginally more. However, apart from the advantages we have already attached to LEDs, you might want to add that LEDs are also completely programmable. This will allow users for a smarter management of their home lighting. The same bulb can be used to provide bright lighting during active night work, and also act as an ambient glow for a romantic setup! With solid-state energy behind its working, LEDs feature electroluminescence rather than thermal radiation that used to make our fluorescent and incandescent bulbs heat up. The quality of light provided by LEDs is almost equal to incandescent but with a greater efficiency and lifetime improvements.

Again, coming to pricing, $15 for a LED bulb will save you more than $142 over the lifetime of the bulb! This is an investment that provides you a better interest rate than most banks! Consumers across the globe are beginning understand the implications of the LED invention and it can be comfortably said that LEDs will rule the world of lighting in a few more years. So if, you haven’t turned to LED yet, do it today!